"I will never forget you," the old man said.  A tear rolled down his leathery cheek.  "I'm getting old.  I can't take care of you anymore."
With his head tilted to one side, Monsieur DuPree watched his master.  "Woof, woof! Woof, woof!"  He wagged his tail back and forth, wondering, What's he talking about?
"I can't take care of myself anymore, let alone take care of you."  The old man cleared his throat.  He pulled a hankie from his pocket and blew his nose with a mighty blast.
"Soon, I'll move to an old-age home, and, I'm sorry to say, you can't come along.  They don't allow dogs there, you know."  Bent over from age, the old man limped over to Monsieur DuPree and stroked the dog's head.
"Don't worry, my friend.  We'll find a home.  We'll find a nice new home for you."  As an afterthought he added, "Why, with your good looks, we'll have no trouble at all.  Anyone would be proud to own such a fine dog."
Monsieur DuPree wagged his tail really hard and strutted up and down the kitchen floor.  For a moment, the familiar musky scent of the old man mingling with the odor of greasy food gave the dog a feeling of well-being.  But then a sense of dread took hold again.  His tail hung between his legs and he stood very still.
"Come here."  With great difficulty, the old man knelt down on the floor and lovingly pulled Monsieur DuPree close to him.  He tied a ribbon around the dog's neck with a huge red bow, and then he attached a note to it.  What does it say? Monsieur DuPree wondered.
"It says," the old man read aloud, "Merry Christmas!  My name is Monsieur DuPree.  For breakfast, I like bacon and eggs - even cornflakes will do.  For dinner, I prefer mashed potatoes and some meat.  That's all.  I eat just two meals a day.  In return, I will be your most loyal friend."
"Woof, woof! Woof, woof!"  Monsieur DuPree was confused, and his eyes begged, What's going on?
The old man blew his nose into his hankie once more.  Then, hanging on to a chair, he pulled himself up from the floor.  He buttoned his overcoat, reached for the dog's leash and softly said, "Come here, my friend."  He opened the door against a gust of cold air and stepped outside, pulling the dog behind.  Dusk was beginning to fall.  Monsieur DuPree pulled back.  He didn't want to go.
"Don't make this any harder for me.  I promise you, you'll be much better off with someone else."
The street was deserted.  Leaning into the wintry air, the old man and his dog pushed on.  It began to snow.
After a very long time, they came upon an old Victorian house surrounded by tall trees, which were swaying and humming in the wind.  Shivering in the cold, they appraised the house.  Glimmering lights adorned every window, and the muffled sound of a Christmas song was carried on the wind.
"This will be a nice home for you," the old man said, choking on his words.  He bent down and unleashed his dog, then opened the gate slowly, so that it wouldn't creak.  "Go on now.  Go up the steps and scratch on the door."
Monsieur DuPree looked from the house to his master and back again to the house.  He did not understand. "Woof, woof! Woof, woof!"
"Go on."  The old man gave the dog a shove.  "I have no use for you anymore," he said in a gruff voice.  "Get going now!"
Monsieur DuPree was hurt.  He thought his master didn't love him anymore.  He didn't understand that, indeed, the old man loved him very much but could no longer care for him.  Slowly, the dog straggled toward the house and up the steps.  He scratched with one paw at the front door.  "Woof, woof! Woof, woof!"
Looking back, he saw his master step behind a tree just as someone from inside turned the doorknob.  A little boy appeared, framed in the doorway by the warm light coming from within.  When he saw Monsieur DuPree, the little boy threw both arms into the air and shouted with delight, "Oh boy!  Mom and Dad, come see what Santa brought!"
Through teary eyes, the old man watched from behind the tree as the boy's mother read the note.  Then she tenderly pulled Monsieur DuPree inside.  Smiling, the old man wiped his eyes with the sleeve of his cold, damp coat.  Then he disappeared into the night, whispering, "Merry Christmas, my friend." 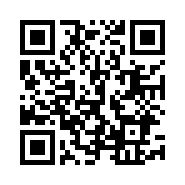