A Turning Point
By Adeline Perkins
Seventy years ago I was quite a small little girl, the baby of the family, with an older brother and sister.  My father was very ill at the time, and my mother took in sewing of any kind so we could live.  She would sew far into the night with nothing but dim gas mantles and an old treadle sewing machine.  She never complained even when the fire would be low and the food very scarce.  She would sew until the early hours of morning.
Things were very bad that particular winter.  Then a letter came from where her sewing machine was purchased, stating that they would have to pick up her machine the next day unless payments were brought up to date.  I remember when she read the letter I became frightened; I could picture us starving to death and all sorts of things that could come to a child's mind.  My mother did not appear to be worried, however, and seemed to be quite calm about the matter.  I, on the other hand, cried myself to sleep, wondering what would become of our family.  Mother said God would not fail her, that he never had.  I couldn't see how God was going to help us keep this old sewing machine.
The day the men were to come for our only means of support, there was a knock at the kitchen door.  I was frightened as a child would be, for I was sure it was those dreaded men.  Instead, a nicely dressed man stood at our door with a darling baby in his arms.
He asked my mother if she was Mrs. Hill.  When she said she was, he said, "I'm in trouble this morning and you have been recommended by the druggist and grocer down the street as an honest and wonderful woman.  My wife was rushed to the hospital this morning, and since we have no relatives here, and I must open my dentist office, I have nowhere to leave my baby.  Could you possibly take care of her for a few days?"  He continued, "I will pay you in advance."  With this he took out ten dollars and gave it to my mother.
Mother said, "Yes, yes, I will be glad to do so," and took the baby from his arms.  When the man left, Mother turned to me with tears streaming down a face that looked as though a light was shining on it.  She said, "I knew God would never let them take away my machine." 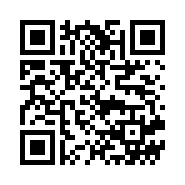